…Hmmm guys, today’s post is not one with a happy ending, neither do I have nice photos to share because the trip never happened since I got bounced at the border of a country I least expected HaHaHa! You can’t even guess…. OK GUESS! It’s Croatia!!!

I really don’t intend to underestimate Croatia, I mean I tried visiting the country, but imagine Croatia of all places bounced me at the border control.

It was a long 3-day weekend, so we thought why not discover Zagreb?!  it was supposed to be a fun trip with some friends from work. I was all hyped and certainly, it was gonna be awesome. The usual hype of a road trip, everything seemed to be going fine until we arrived at the border. It was time for passport check and all, as a frequent traveler I had no iota of doubt since I “thought” I had the necessary travel documents. Well, news flash…I also thought Croatia was in the Schengen zone, therefore, I only had my residence permit on me and left the passport at home. Sounds crazy right? well no because I have visited up to 20 Schengen countries and never presented my passport as just the resident permit was always enough!

Well the non-English speaking and unfriendly officers asked for our documents and I presented my resident permit from CZ with all confidence and he said: “No, I want Passport”. I thought to myself, ok try with your second permit from France, so I presented that, and he repeated “Passport woman! No passport no entry”!!! Hell No… is he joking?

I soon got the answer, he wasn’t joking I and Yvette (who also didn’t have her passport on her) were asked to step aside. My heart began to race as the situation escalated quickly. The officers took our permits away from us only to return charging us with a criminal offense for travelling without a passport. Oh No, the images flashed through my mind in quick successions, I saw myself in jail wearing a jumpsuit HaHaHa… Well, apparently, there was a fine of 1000euros for that offense. We must pay, get our permits and return back to our original destination! I was like criminal offense??? how?? and why??? when???

Oh boy, I wore my legal personality, then the pleading and explanations started, I spoke all the grammar in this world to explain but English didn’t save me ooh! These guys were adamant and insisted we both pay 1000 euros each to retrieve our seized documents before returning…and to aggravate the issue there was an American guy who also didn’t have his passport but guess what? his American accent saved his destiny! hahaha….so after more than 1 hour we the 2 African “illegal Immigrants” – Myself and Yvette were taken inside the border station to wait and the others were allowed entry into Zagreb.

At the point I didn’t even know where to tackle the issue from, we were shocked and confused. The officers finally decided they would reduce the fine from 1000 to 500 euros.  Like seriously who reduces a fine if truly it is for an offense? The issue wasn’t paying the fine but the whole idea of not being allowed into the country even after paying.

Well, they kept my permit, insisted I paid in cash only, declining a transfer and left me stranded. I began to question myself, how on earth did I choose to visit this country, they’ve got no love for me, I mean they even defeated my Country Nigeria in the world cup this summer ? I should have known better LOL! I took it personal like that.

Yvette and I kept staring at each other, words could not describe the anger and disgruntlement we felt, but we had to hide those feelings as these men were armed and very mean. There was no reasoning with them, JEEZ!

But then again, I had the cash only it took me realizing we were far out of town, in a foreign land where nobody knew us, surrounded by nothing but nature. Then my overactive mind stepped in and I imagined getting buried in a shallow grave. I’m sure It would probably take my family forever to know what happened to me!

With that thought playing around in my mind, I and Yvette humbly paid the cash, got back our permits and were told it was our responsibility to figure out how to get back to wherever we were coming from.

This was even a more expensive joke! how are we supposed to find our way??? I checked the Uber and other transport apps and they all had nothing available as we were in the middle of nowhere! My GPS said we were close to Slovenia ? (those countries you only see on the map).

So there we stood, 2 black hungry, tired and drained girls truly depicting the looks of the “illegal immigrants” just arriving the grand voyage from Libya, on the main road trying to beckon on passing vehicles for a ride to the closest town…. It would have been a beautiful story if a handsome prince, on a white horse, came to rescue the damsels in distress. Well, no prince came, vehicles refused to help us on hearing that we had no passport, we soon realized it was going to be a very long bad day. And then just like the Israelites in the Bible, it was time for our own Jerusalem journey ?….FINAL PART HERE 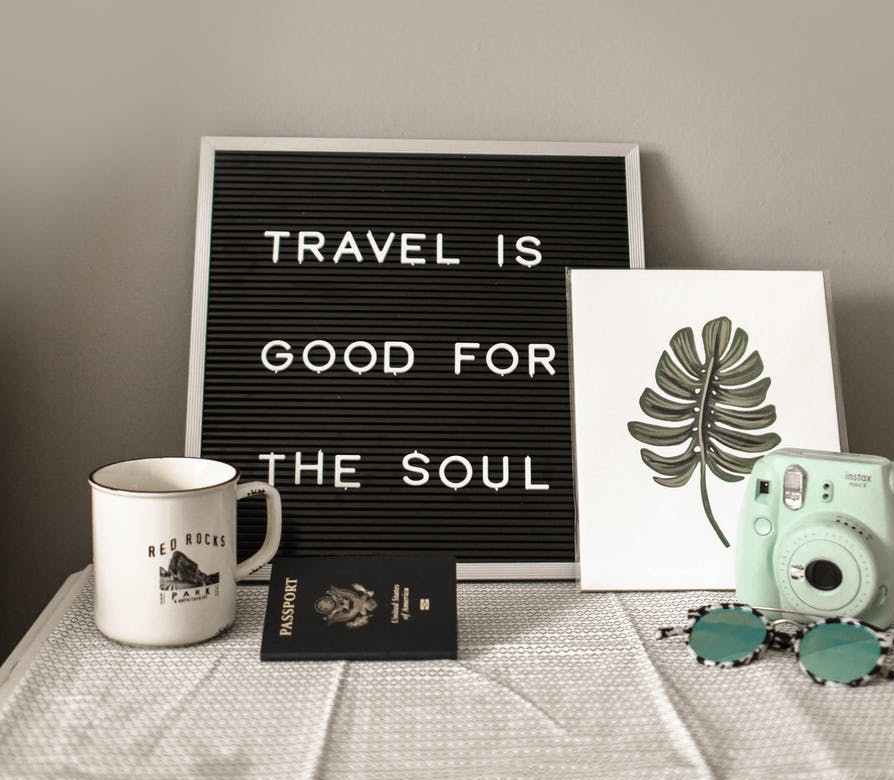